Please Visit desevansdotco.wordpress.com/ (An African Heritage) to view the photos

Discussing Phases of the Service Motion

I have coached in Summer Junior Programs in Indianapolis for the past 20 years. How time flies by by!

My son Gareth Evans was on Coach Mike Bostic’s State Championship winning teams in 2003 and 2004.

Working with the Summer Junior Program at IRC 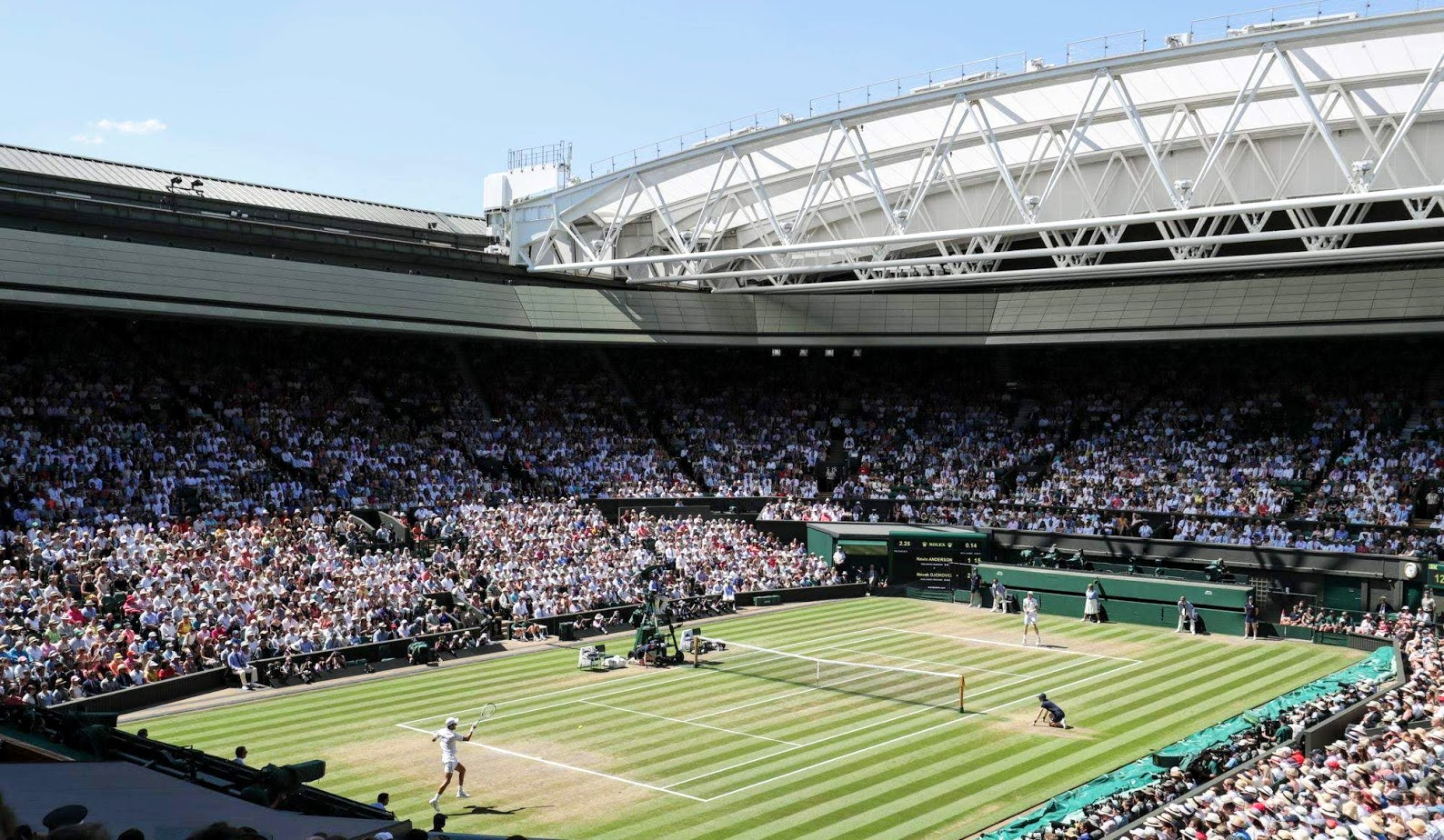 Kevin Anderson – a South African who played college tennis at the University of Illinois – went down to Serbian Novak Djokovic in the Men’s Singles Final. 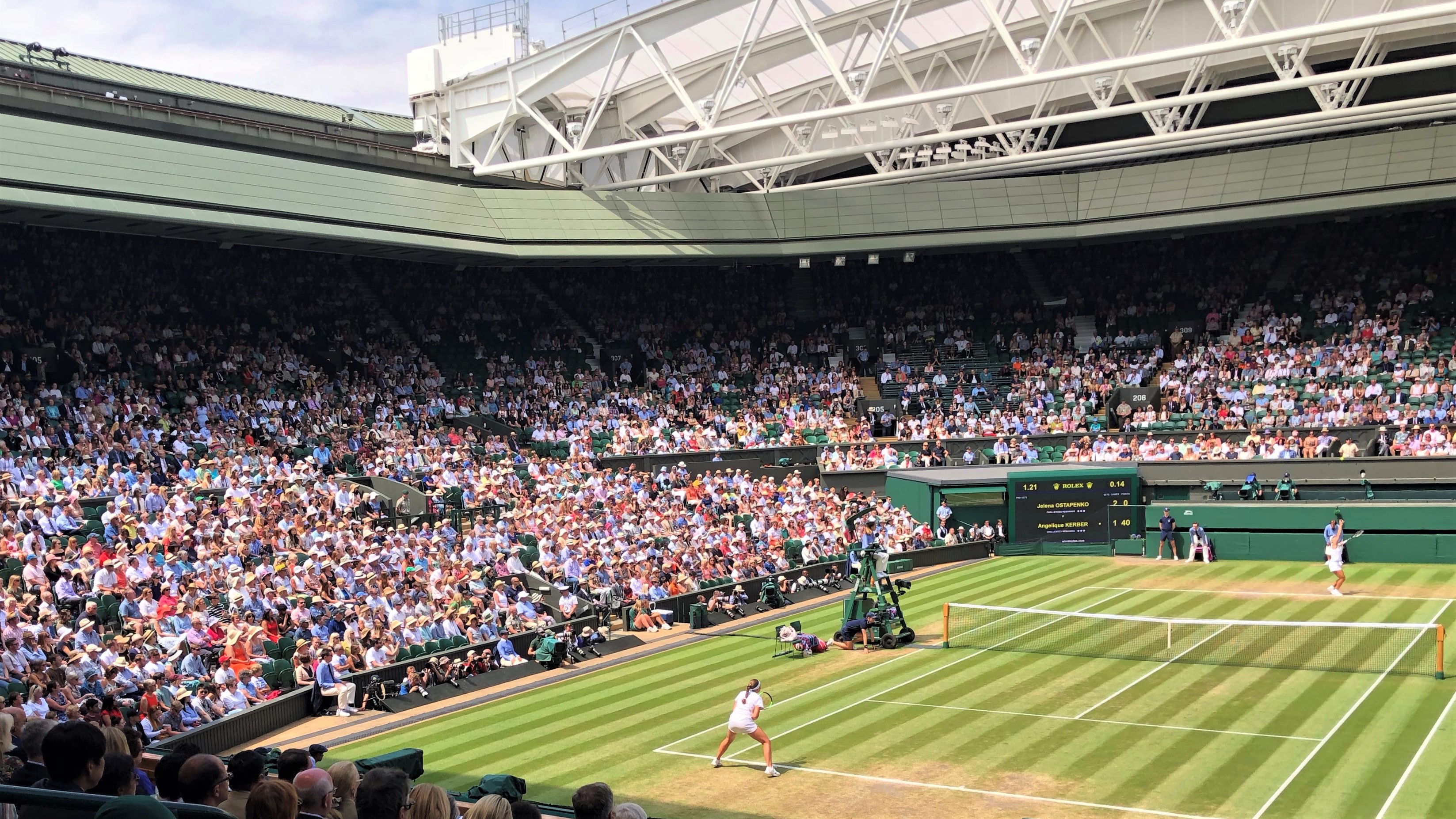 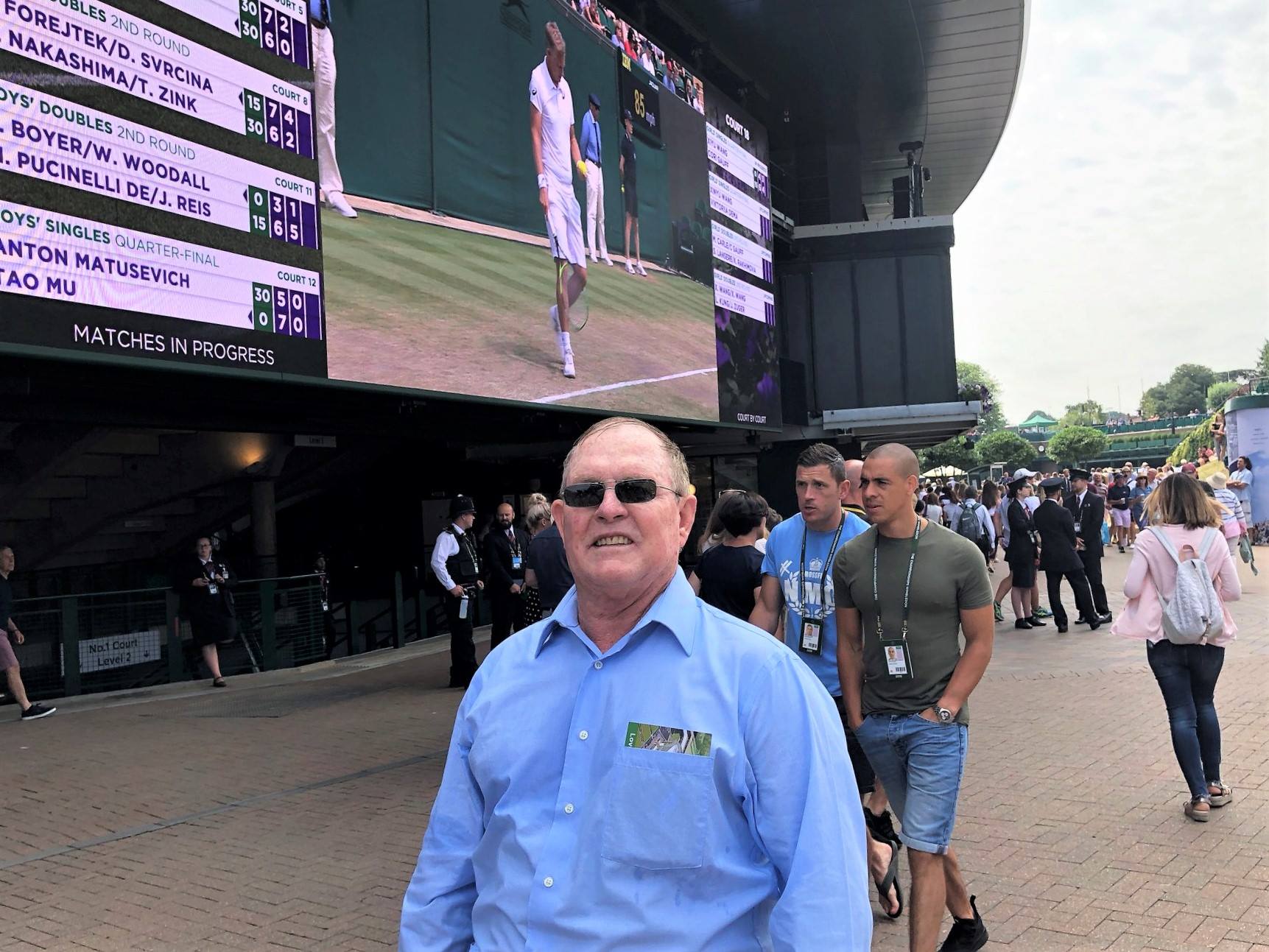 Serena Williams – arguably the greatest women’s player of all time 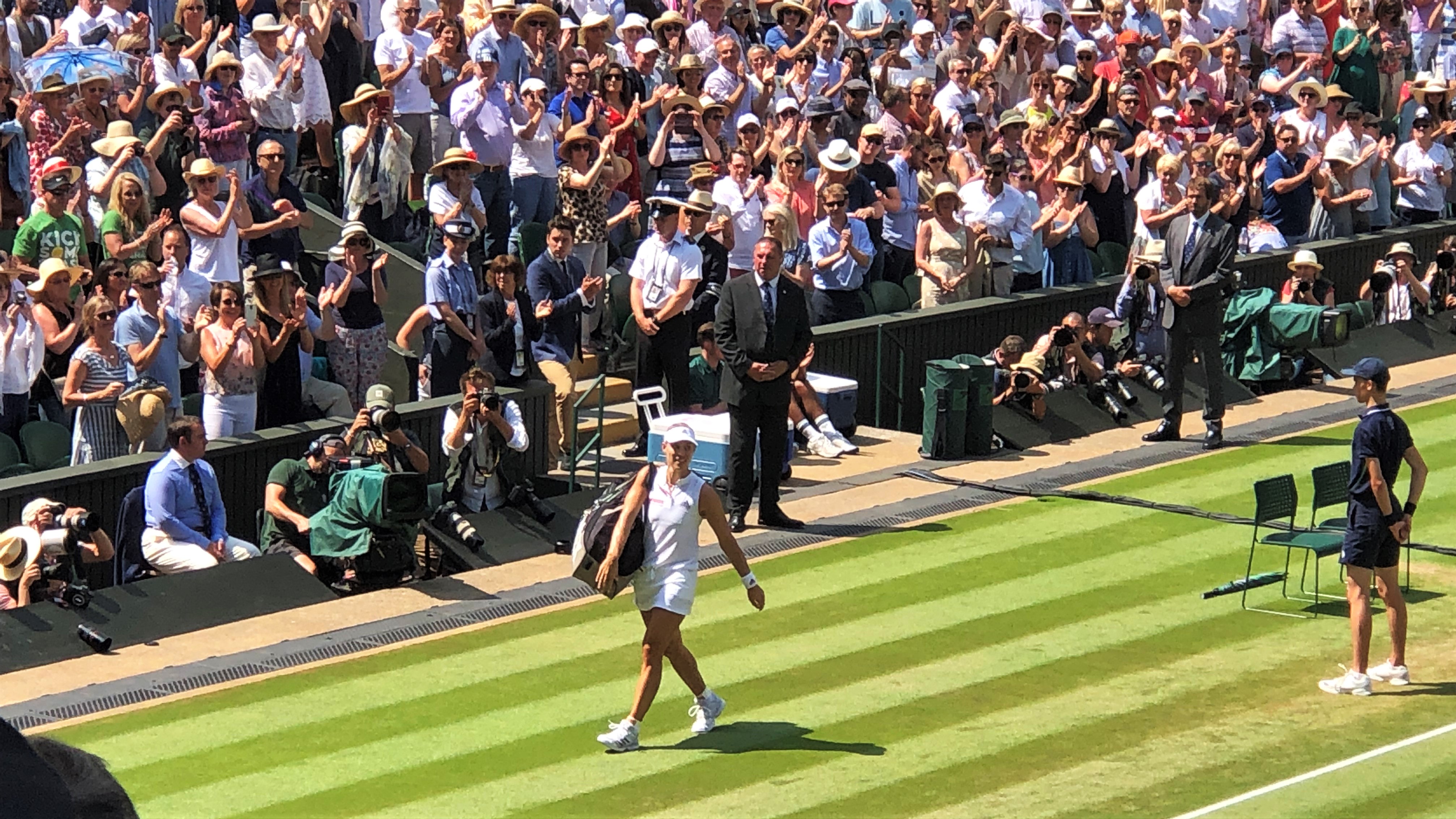 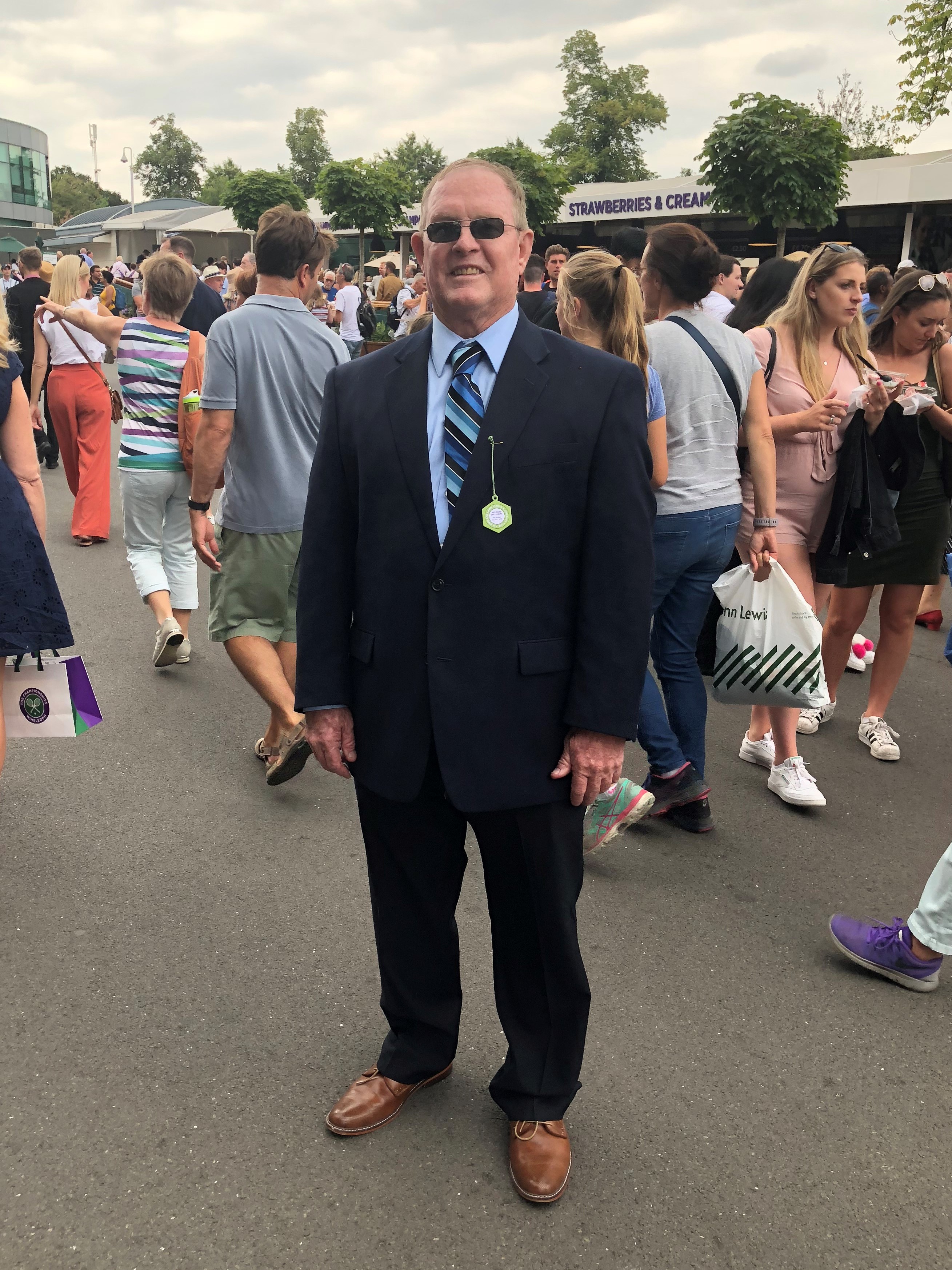 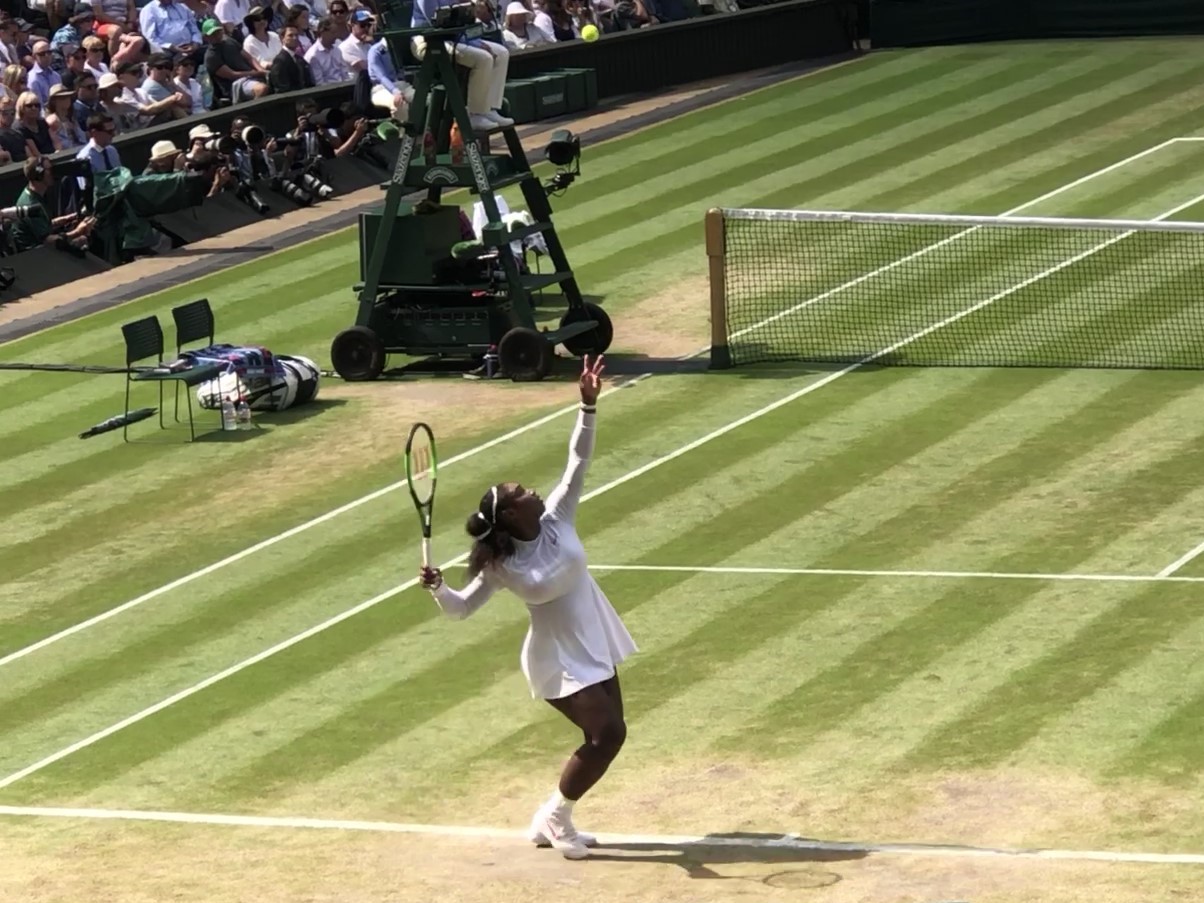 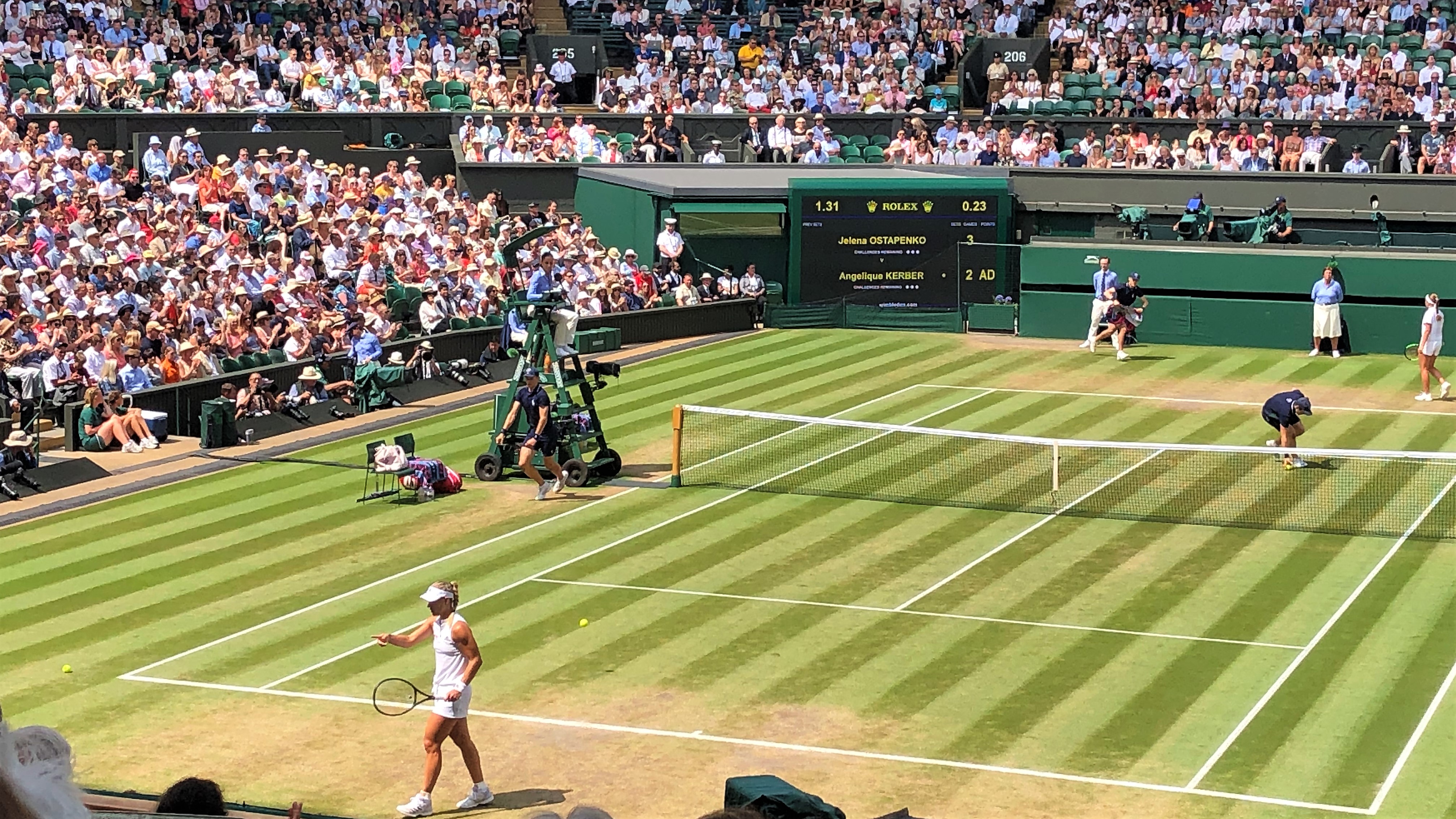 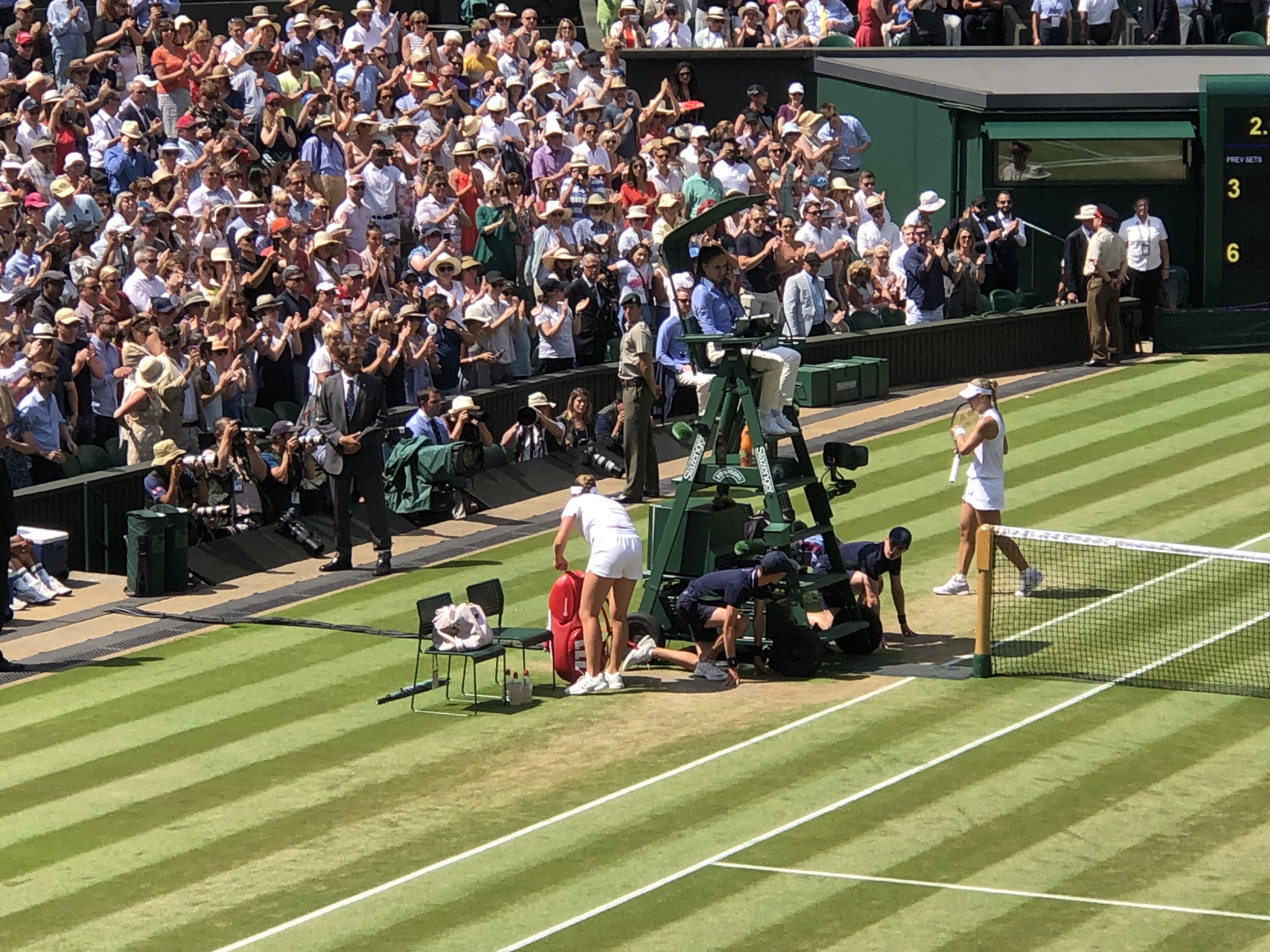 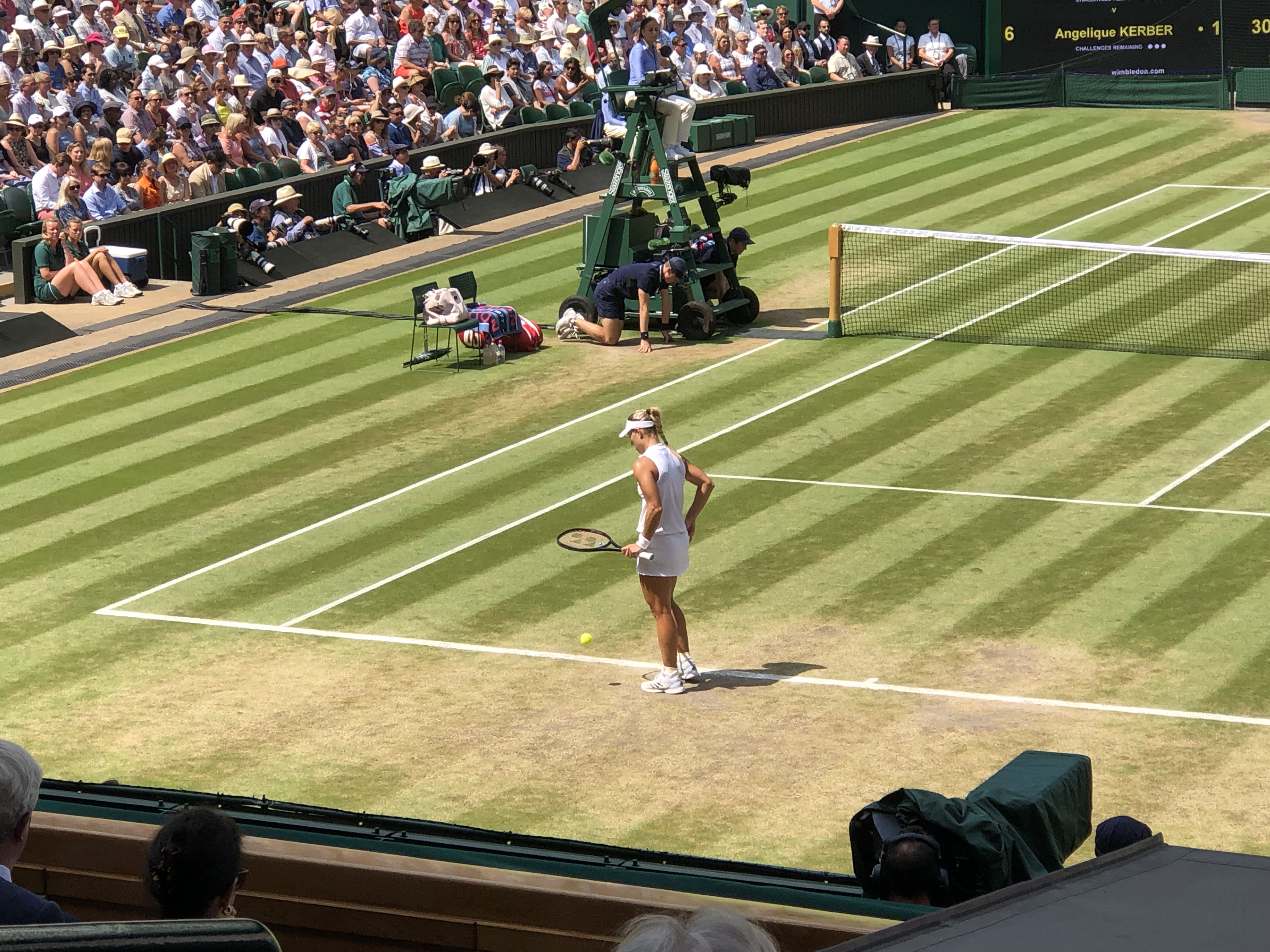 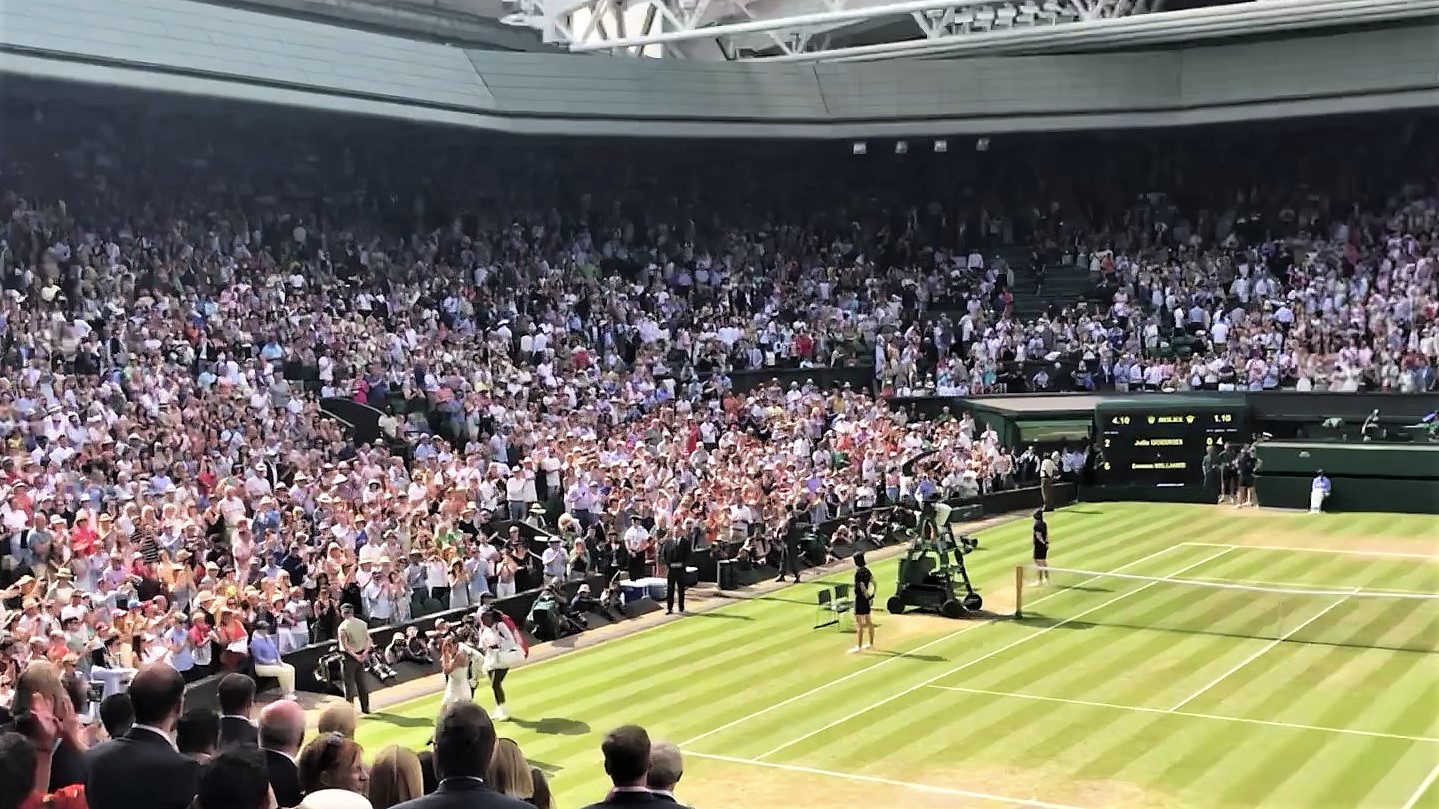 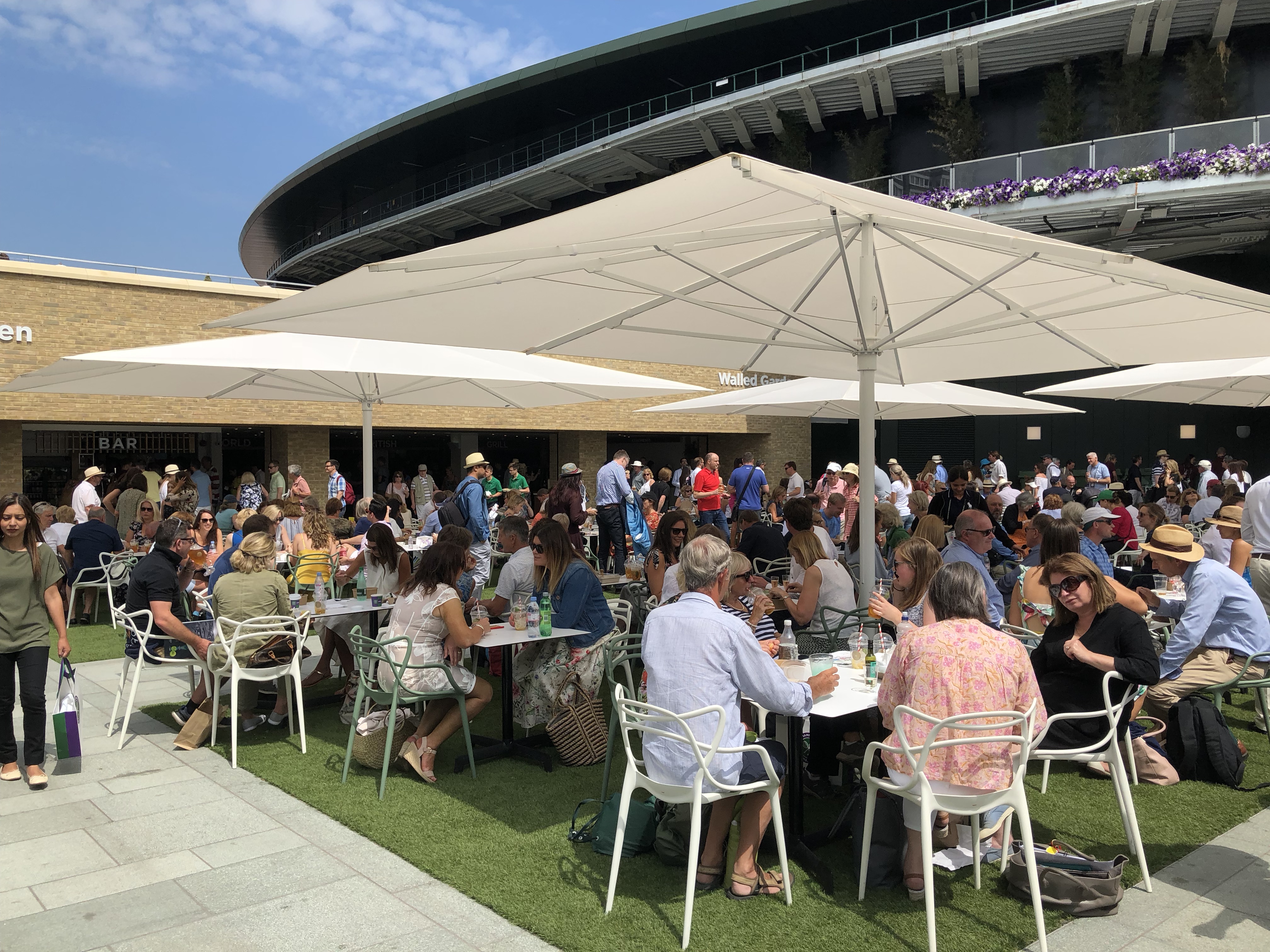 One of the many hospitality and refreshment areas in the grounds

Crowds outside Centre Court take a break from the court action

Spectators watching the action on the new Jumbotron on Henman Hill

Crowds of spectators fill the grounds of Wimbledon

The New Palestine Dragons varsity tennis team ended the 2018 season with a 9 and 7 record.

The No 2 doubles combination of junior Sheridan Schrowe and sophomore Ashley Truman won the County title and finished with an impressive 16 and 5 winning record. 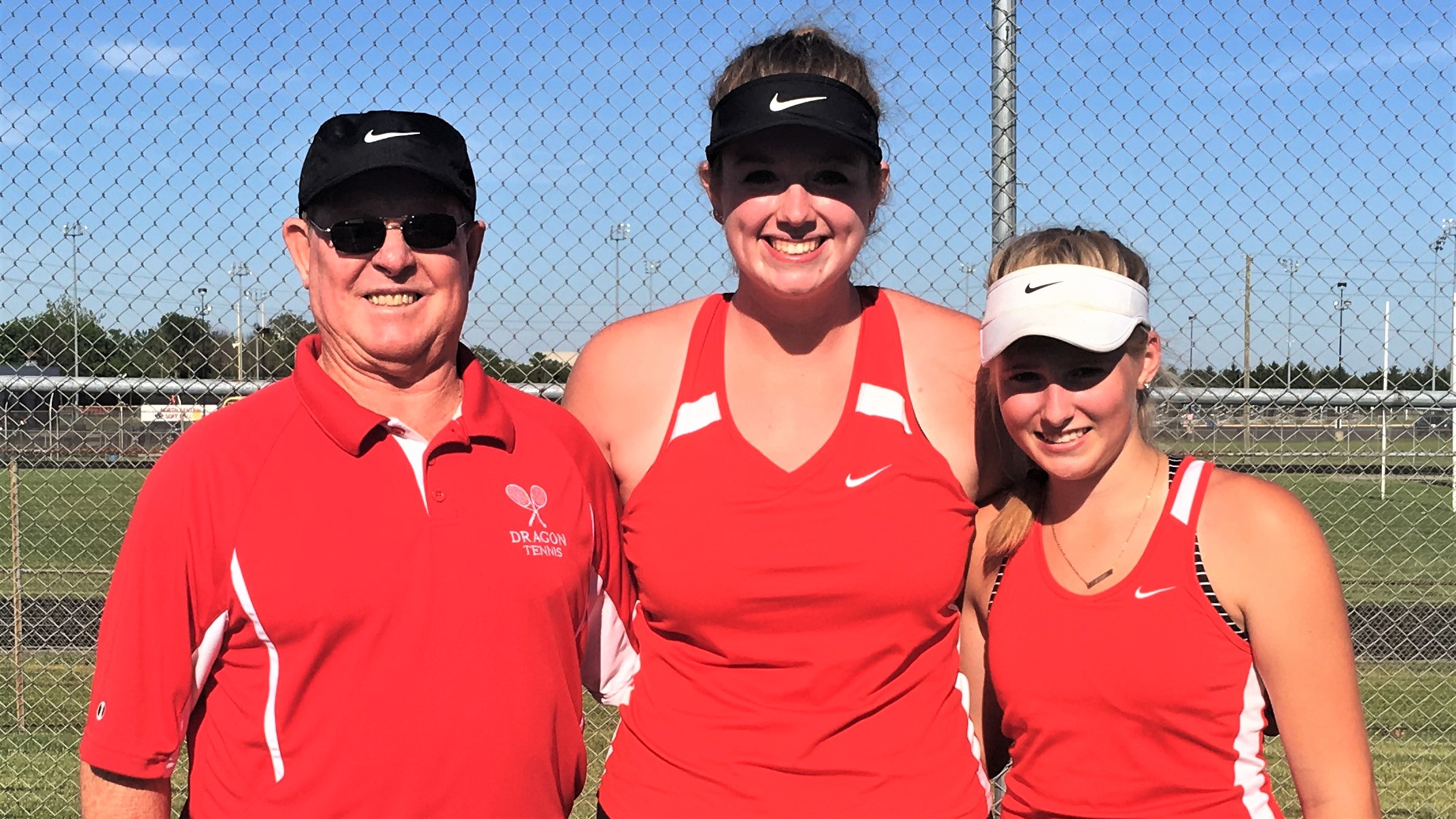 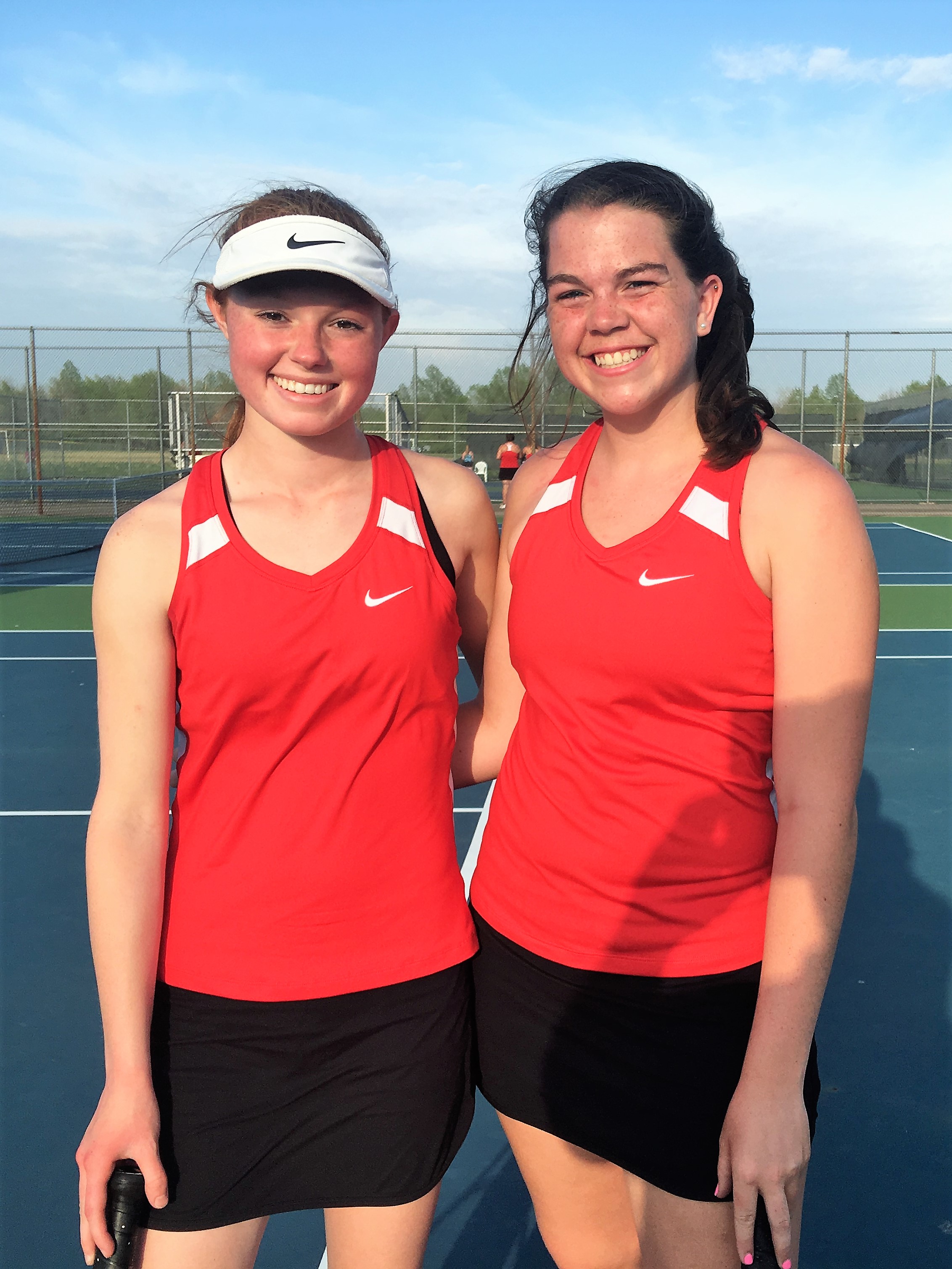 District 4 Coach of the Year for 2017, Des Evans, will leave the New Palestine Tennis Dragons at the conclusion of the girls season in the spring of 2018. Evans has been Head Coach of the boys and girls tennis teams at New Palestine since August 2015.

Both the boys and girls team have improved considerably during the past 3 years  – with the boys team capturing the County and Sectional titles 3 years in a row – and the Hoosier Heritage Conference title in 2017 for the first time in 8 years – with a 33-2 winning record.

Evans will focus on coaching his tennis clientele at the Indianapolis Racquet Club where he has  been a professional for the past 18 years.

New Palestine Dragons Head Tennis Coach Des Evans was voted Hoosier Heritage All Conference and All District Coach of the Year for 2017.

The Dragons won the Hancock County Championship, the H.H. Conference title 7-0 and the Mt Vernon Sectional Championship – losing only 1 match.

NPHS lost to Lawrence North 3-2 in the Regional semi and the No 1 doubles team of Nick Rusche & Colby Wagoner advanced to the Regional stage of the IHSAA individual doubles championship. 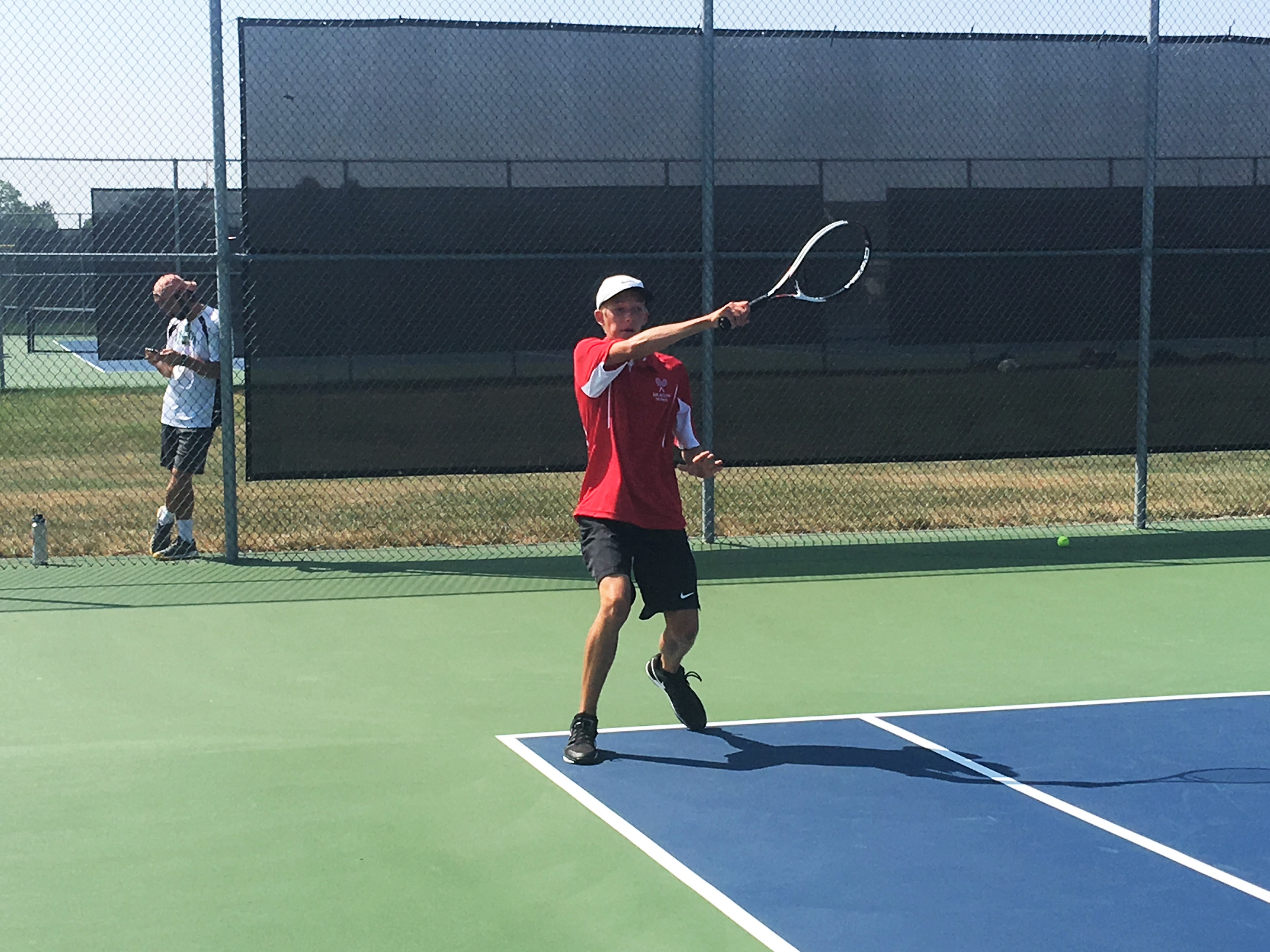 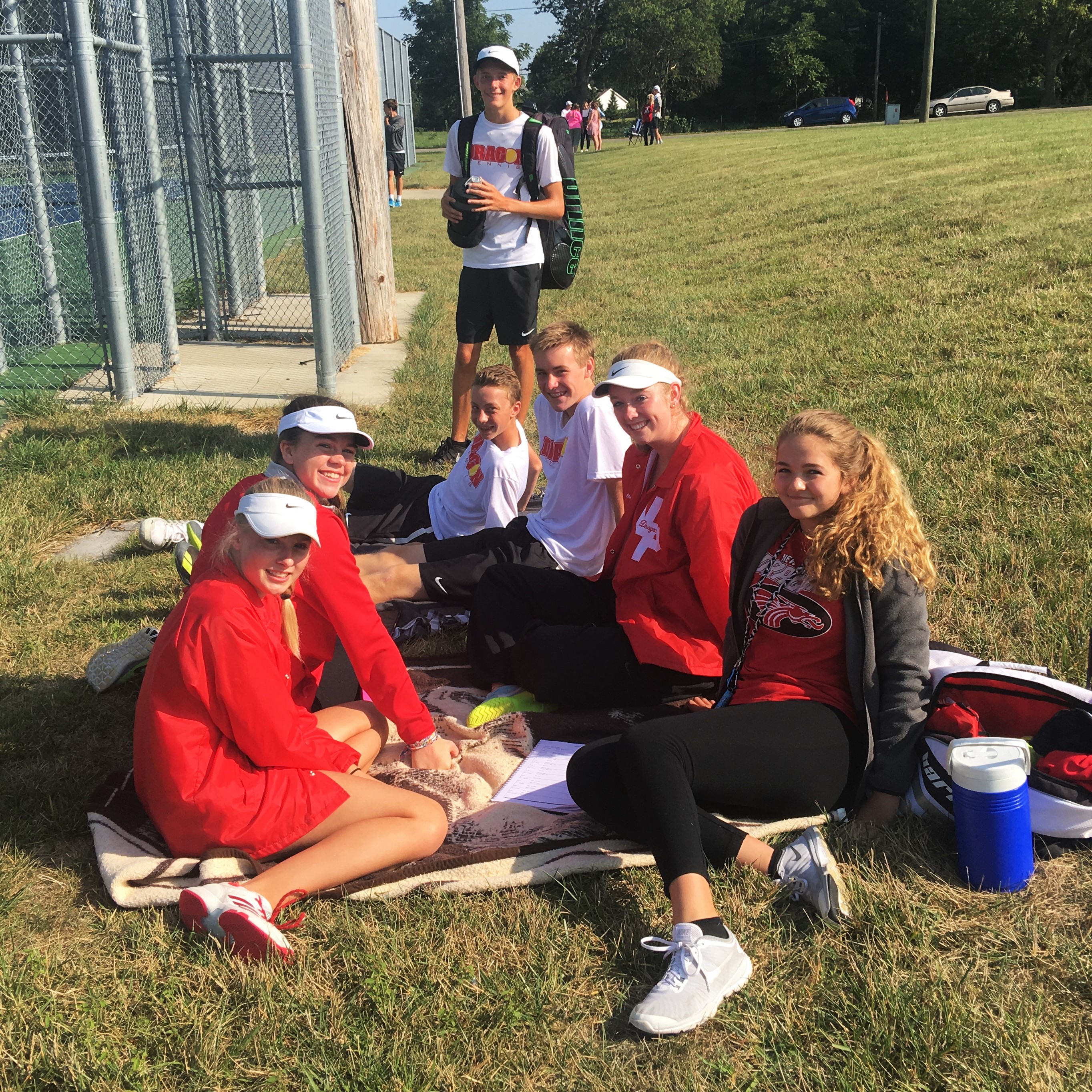 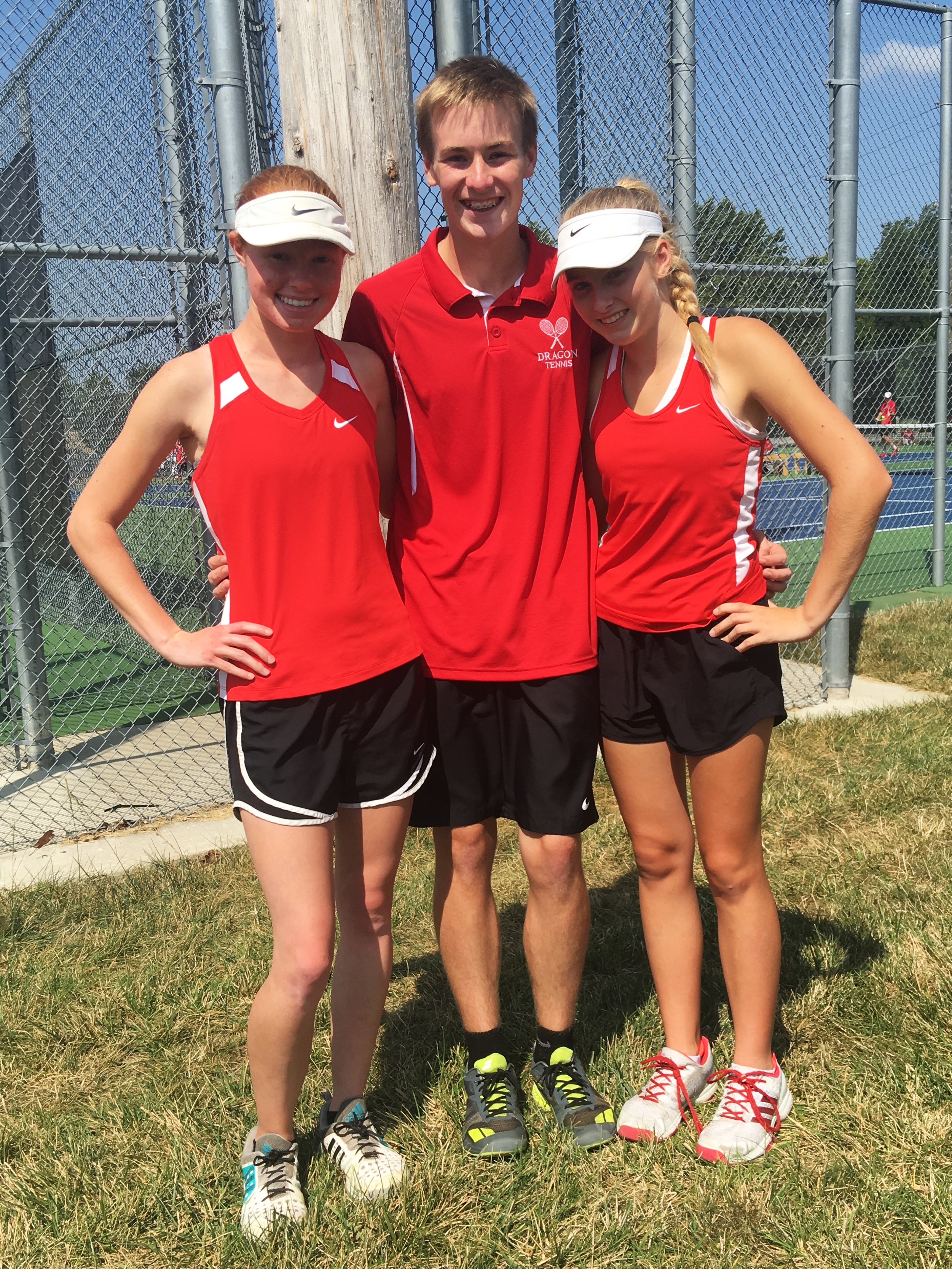 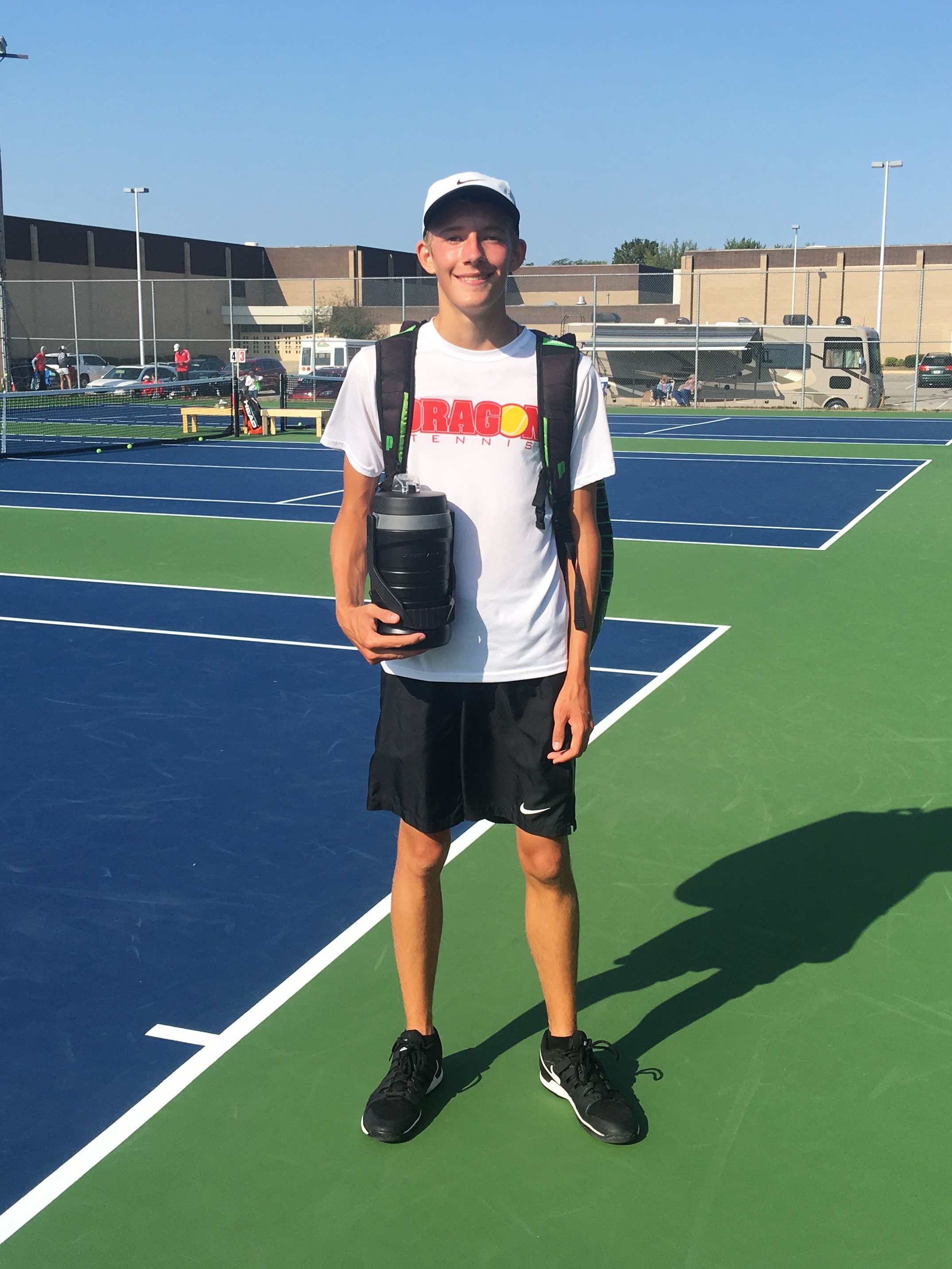 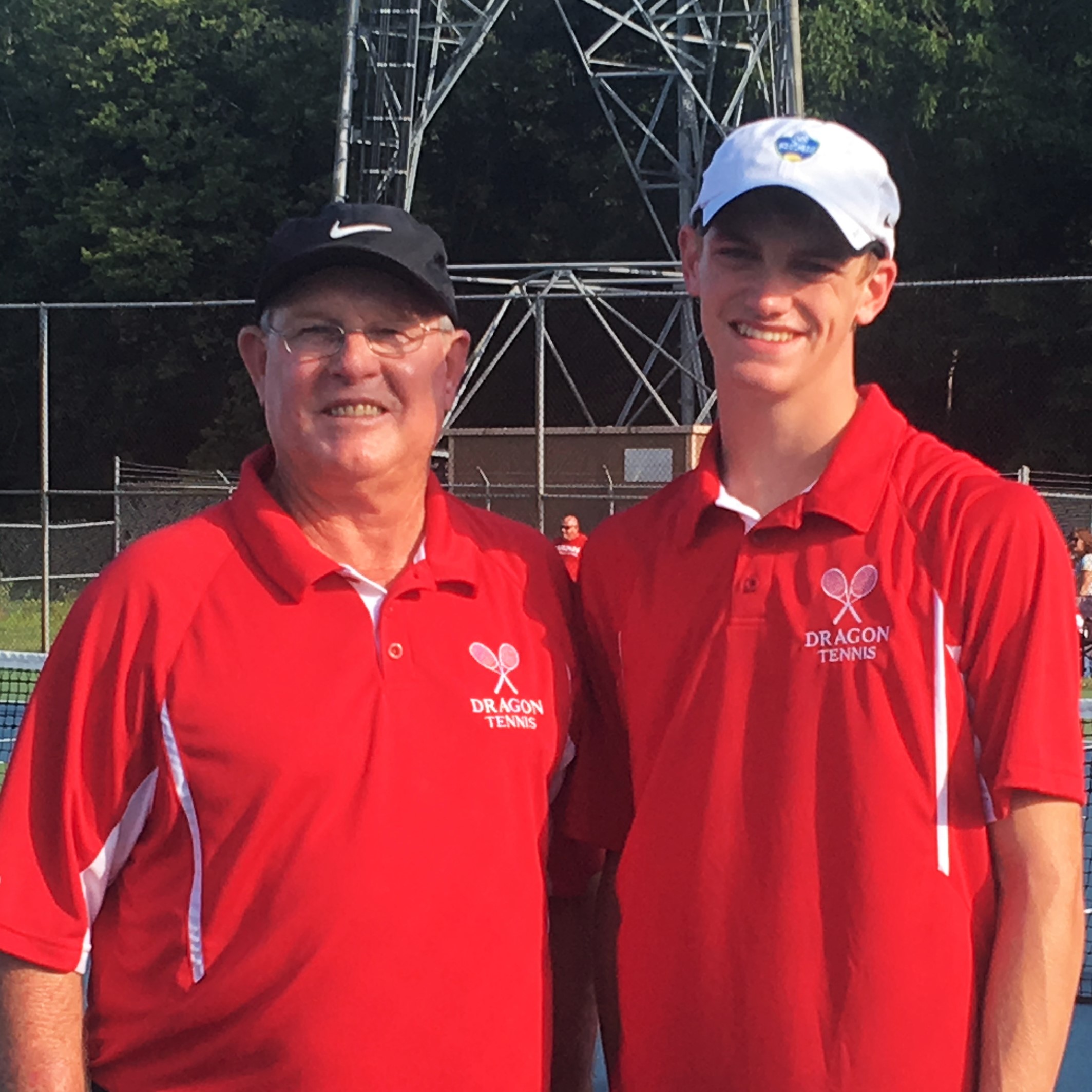 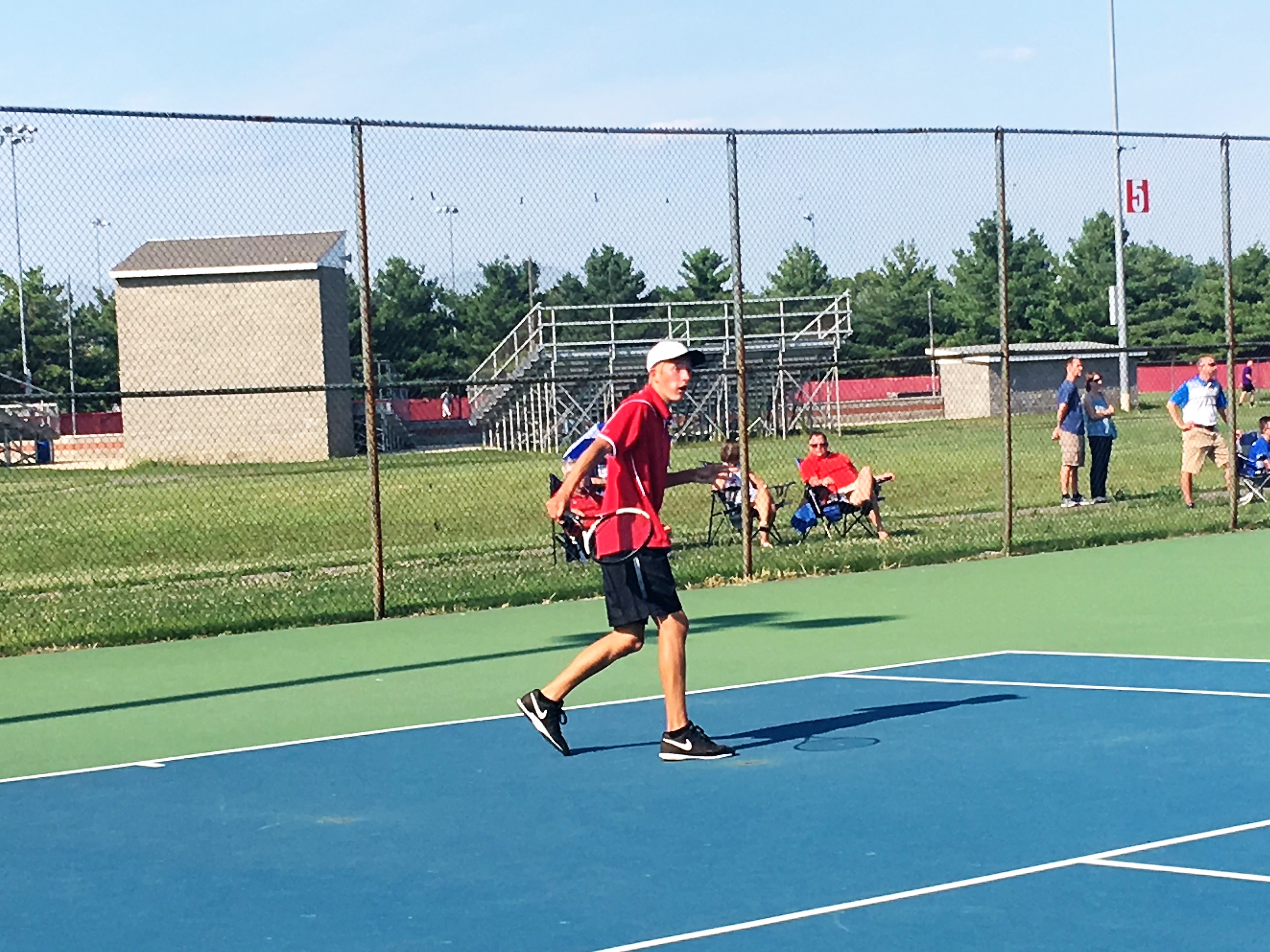 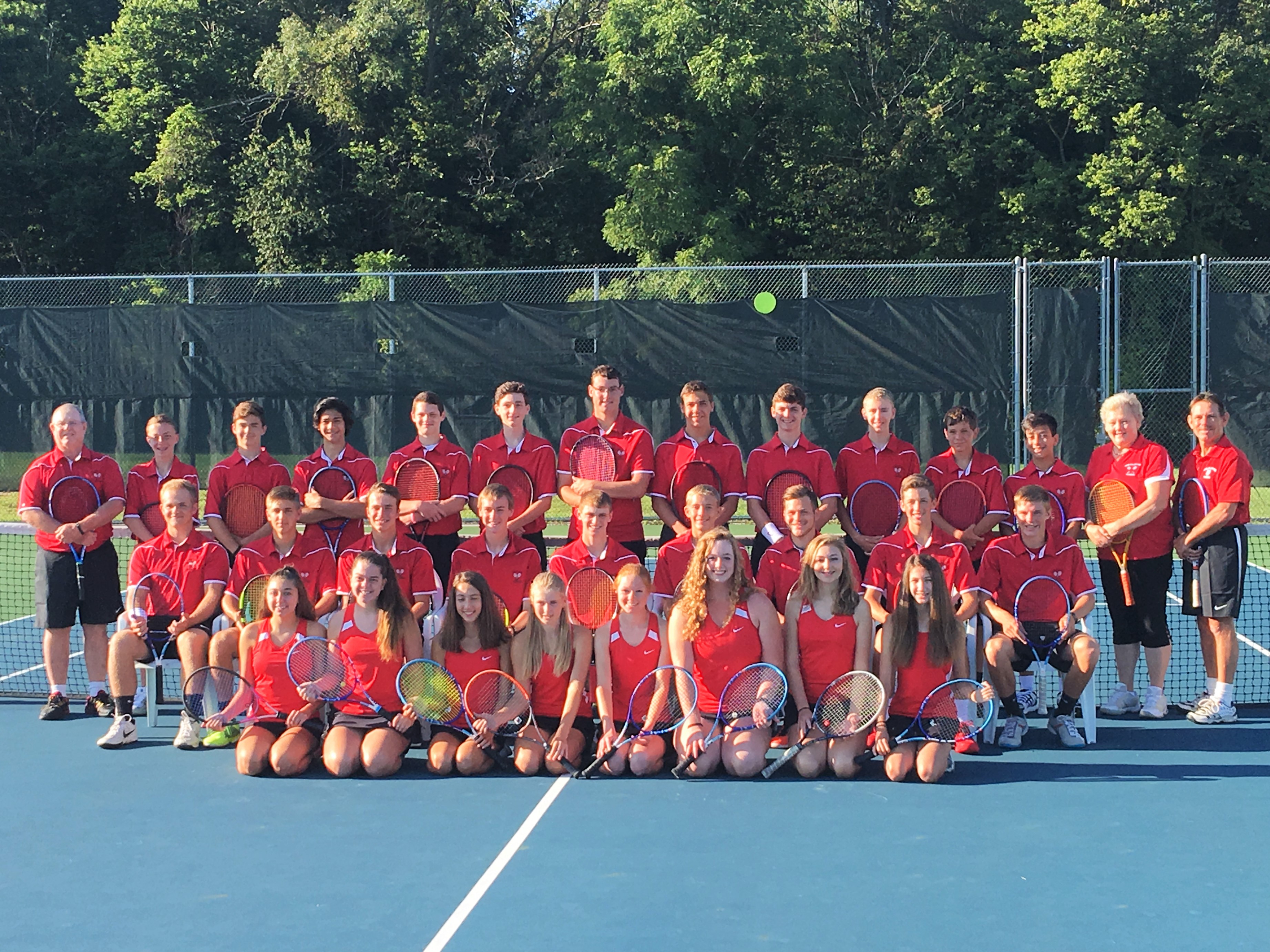 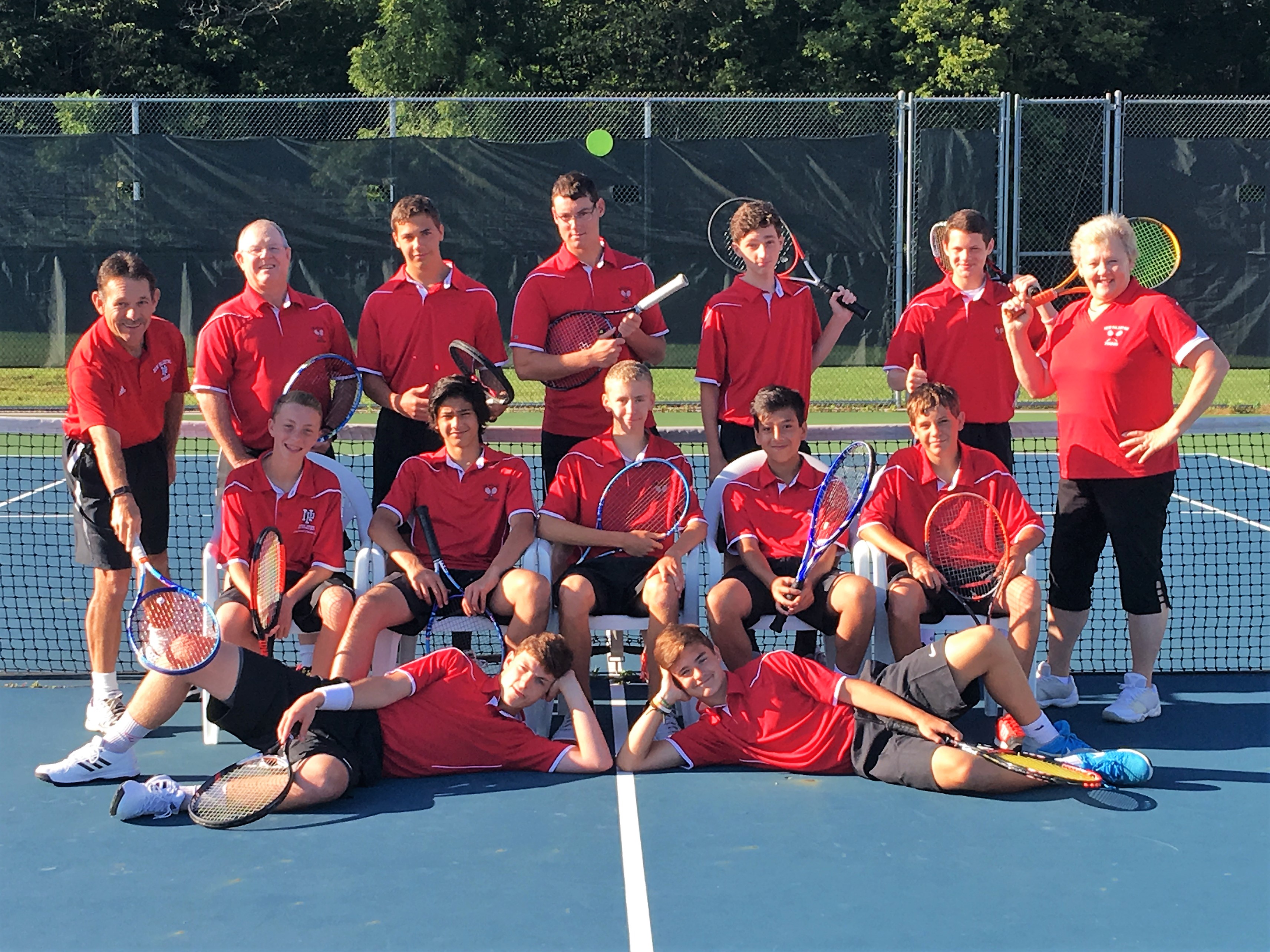 The varsity players group at Cathedral

The Dragons Girls Varsity tennis team completed a much improved 2017 season with a 3-2 victory at Pendleton. They finished with an 11 and 6 winning record.

In the Sectionals Pendleton reversed the result – beating the Dragons 3-2 in the opener.

The Dragons finished the season with an 11-7 winning record.

The NPHS Junior Varsity team under Coach Jean Graham beat Pendleton 5-0 and ended the season with a brilliant 16 and 1 winning record – showing that NPHS has tremendous depth of talent in our tennis program.

Congrats to all the players and coaches!

Most Valuable Player Josee King had an oustanding season with a 10-4 record at No. 1 doubles

No 1 doubles pair of Josee King and Katie Settergren made it to the IHSSA doubles tournament at North Central – but went down to the N.C. Panthers in the opening round. King and Settergren closed the season with an impressive 10-4 winning record.

The strong Dragons J.V. Tennis Team after their brilliant 16 and 1 regular season. Only loss was to Fishers H.S. and victories included Park Tudor and Delta.

The fast improving New Palestine Dragons girls varsity tennis team moved to a 8-3 winning record for the season (so far) with a huge wins over the Fishers Tigers and Yorktown.

The New Palestine Dragons girls tennis team opened their 2017 season with a confident 5-0 win over the visiting Shenandoah Raiders.

Coach Des with some of his middle school Warrior girls in March, 2017

Coach Des with the Thursday high school group in March, 2017

Coach Des and Coach Jim with the Warriors group

The New Palestine Dragons bowed out of the Regional opener at North Central when they were beaten 4-1 by Lawrence North Wildcats. The Dragons closed the season with a 19-4 winning record. 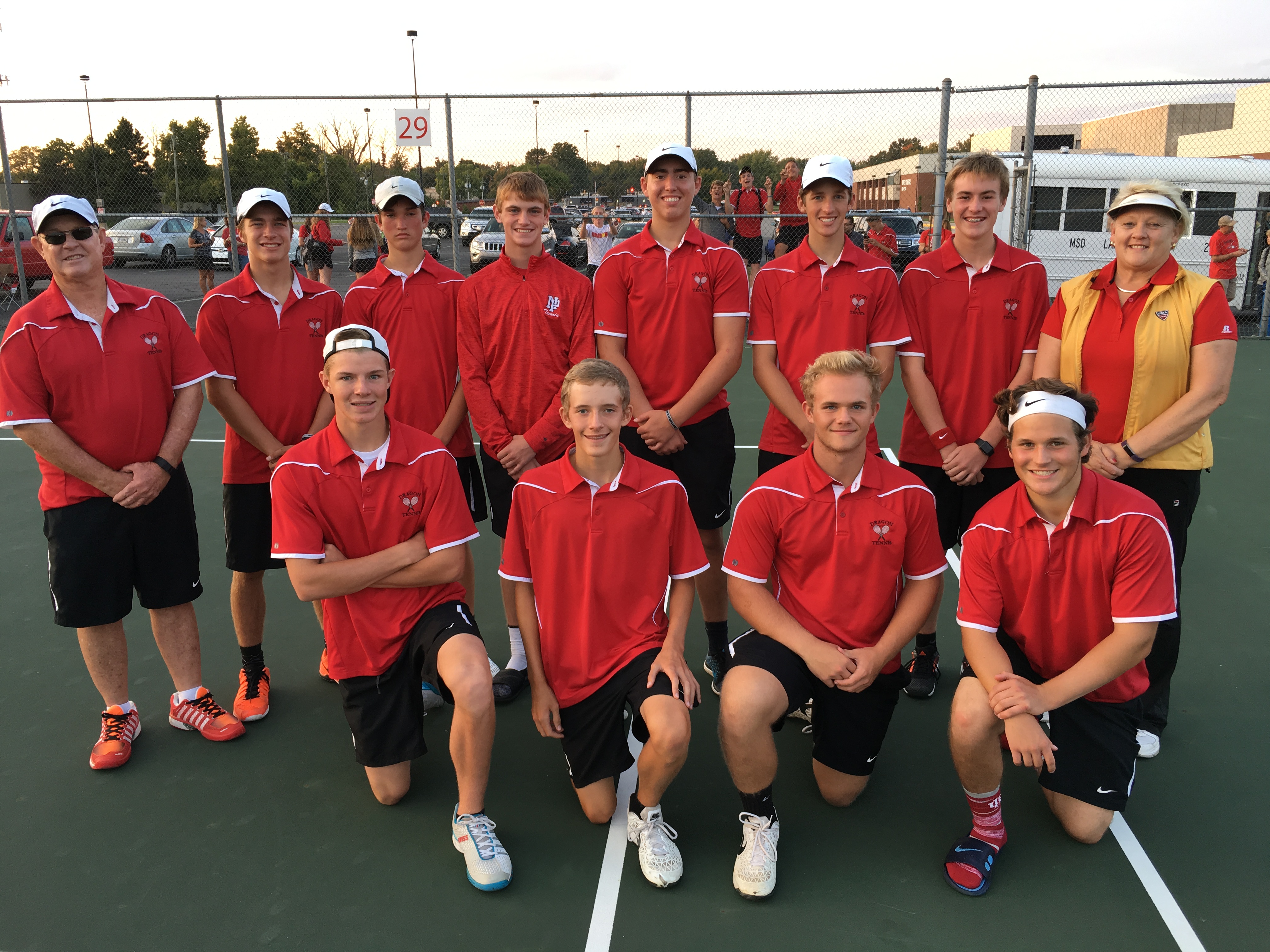 2016 Dragons team at the Regionals at North Central